This is a write up from Opie Oils Sponsored Team Shand Racing report of ACU/FSRA F2 Sidecar Championship at Silverstone;

Gordon Shand and Phil Hyde “Team Shand Racing” travelled to the second round of the “ACU/FSRA British F2 Sidecar Championship” at Silverstone which was running alongside the “BMCRC-MRO Championship. It was a trying weekend for the team. After years running Suzuki 600 engines, the team decided to change to Honda power. Driver Gordon worked throughout the winter getting the Honda units fitted into the “Shand Chassis”. However due to work commitments the team did not have much time testing and development with the machine.
The first round of the championship at Oulton Park didn’t go too badly for the team, but as always they want better. With a fifteenth place and a ninth, it was a positive start with the new engines. 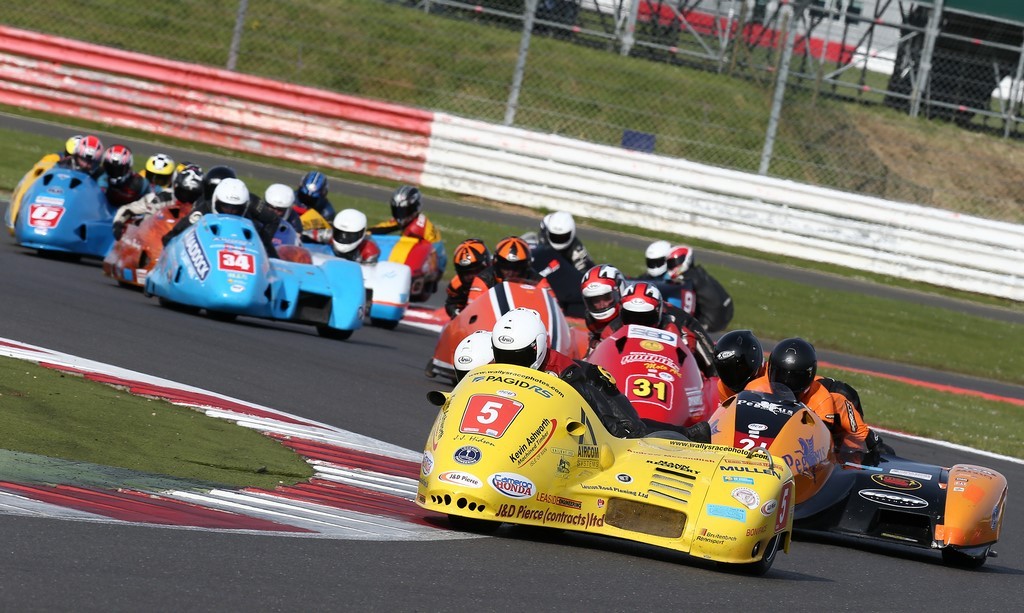 With a busy schedule at Silverstone, the team were hoping for a trouble free weekend and get some good lap times under their belts. This was not the case though. During qualifying the machine was running okay but the team felt it was lacking some get up and go, things seemed okay in and out of the corners but lacking top speed on the straights. There seemed to be some fuelling problems, but this could be caused by an electrical problem. The team set about finding the problem, changing fuel pump, filters and fuel pipes. The team also checked all electrical connections.

With the team qualifying fourteenth out of thirty, race one of the FSRA championship went reasonably well for Gordon and Phil, they were in the thick of the battle mid field, Gordon said after the race “The bike is okay, but still we have a lack of speed, we seemed to be right with the other teams with corner speed, but they just pull away from us on the straights. Fifteenth place is not what we wanted but it is a finish”. Phil also said, “It’s frustrating, Gordon is driving hard and gaining on the other teams on braking and we can stay with them on corner speed, but they just pull away from us on the straights, then we have to do it all again”.
Sunday morning warm up went well with the team happy with the outfit. However during one of the BMCRC-MRO races, the outfit started running on three cylinders. After a lot of head scratching and deep thinking it turned out that the secondary injector system had a fault.

The team took to the track for the second FSRA Championship race, it would be a fourteen lap race, and Gordon and Phil hoped that all the problems they had over the weekend would be solved. The pair had a great race and were right in the thick of the battle again. 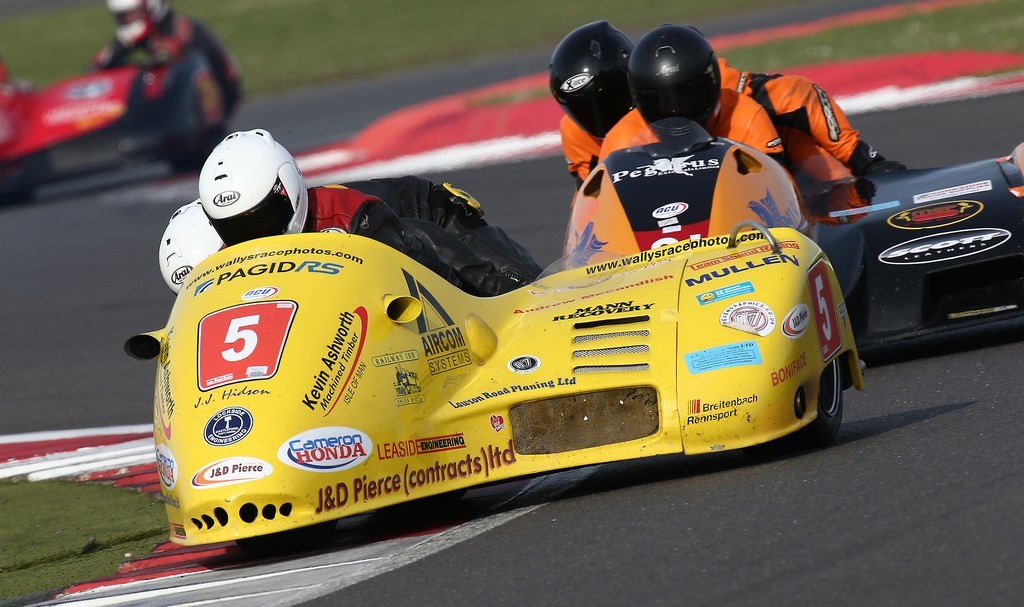 They were to cross the line in thirteenth place. Gordon said “It has been a trying weekend for us, but we finished both races, I would have liked to be better placed, but I am happy with the bike, there is no problem chassis wise, and I am really happy the oil system with the engine is good, we seem to be getting the reliability of the machine sorted. I would like to thank all our sponsors for sticking by us, and all who help out at the race meetings, a big thanks to Steve from “GWR Motorsport” he was a great help this weekend”. Phil was happy with the weekend saying “We had some problems but we all got stuck in and seemed to get them sorted. I can’t wait till the next race and I would like to thank all who help us out”. 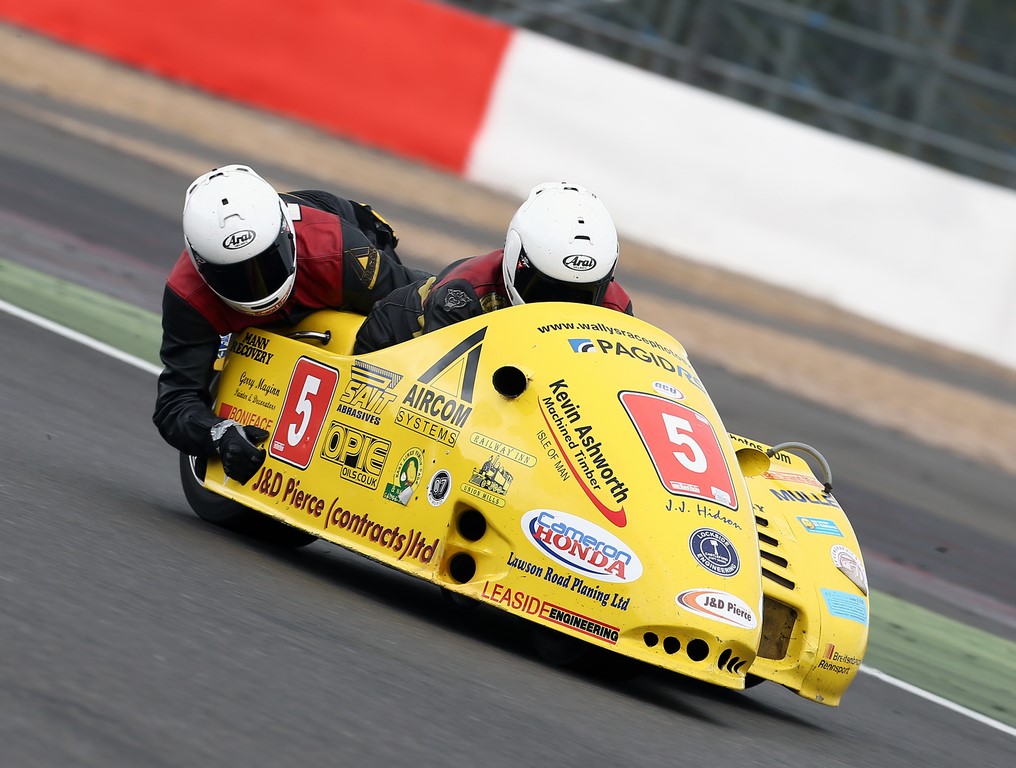 Team Shand Racing came away from Silverstone sitting eighteenth in the championship, and are hoping to greatly improve on this during the season. Gordon and Phil would like to try and get another race meeting in before the Isle of Man TT races, but this might not be possible due to work commitments, if this is not possible the next meeting will be the Isle of Man TT.

Opie Oils wishes Team Shand the best of luck for the season and there next round.