Opie Oils Sponsor Ben Harrison sent in this fantastic Race Report of round 8 & 9 of the A&R Racing Formula 400 championship held at Donington Park.

“I arrived at Donington feeling slightly nervous, I had a big accident at Cadwell Park a few months before in which I broke my wrist, jaw and back.  I had surgery on my wrist, screwing and plating it back together and had screws in my jaw for 2 weeks also. This was extremely uncomfortable but at no point was I ready to give up and stop racing, it made me want to get back racing even more. Donington would be my first race back after my crash, so with the bike having a fresh new look and my injuries all healed up I was interested to see how the crash might affect how I rode.

Saturday:
First practice went extremely well, I went out on the bike conscious of the fact my wrist may feel uncomfortable or restrict my riding, luckily it was completely fine and I felt at home on the bike. I set a good time and felt confident I could run near the front of the pack.

Unfortunately the rest of the races didn’t go the plan, I had an issue with my gear shifter jamming up in the F400 Qualifier race so I pulled in and focussed on getting it fixed for the F400 final.The final went no better as the clutch started slipping one lap into the race, I managed to nurse the bike round and get a 7th place. There was very little time between this race and the newcomer race so I was unable to fix the issue as it got so bad that the bike was unridable, I had to no choice but to not race in the newcomers. 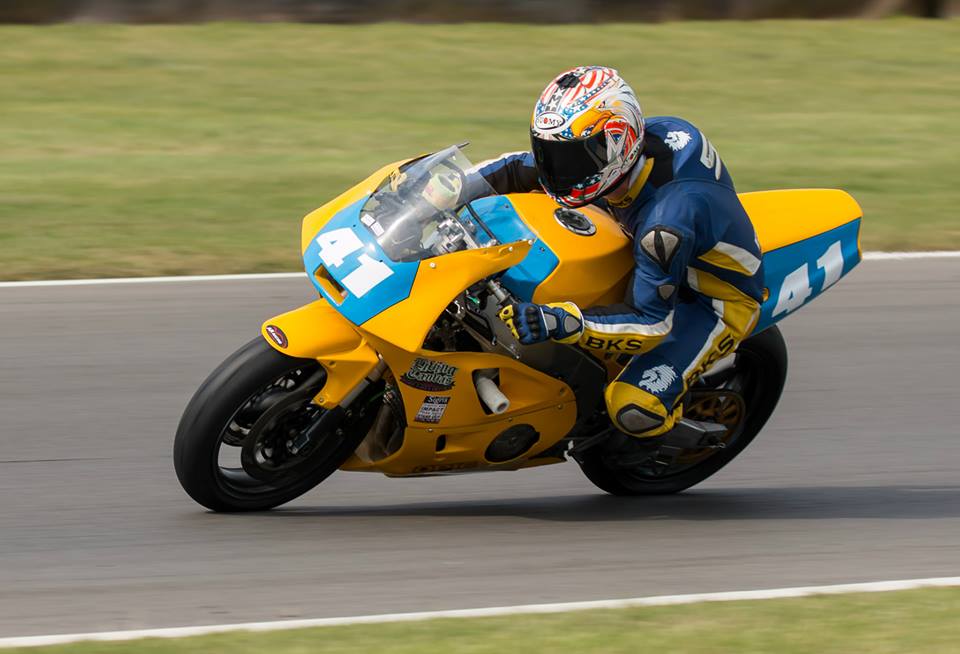 Sunday:
I identified the problem Saturday evening and fixed it overnight, Sunday morning practice went very well the bike was fixed and I had tweaked the suspension which made me feel much more comfortable on the bike.

F400 Qualifier:
The race went very well, I got a good start and latched on to 3rd place, I started following and trying to reel him in, at which point he made am mistake on the brakes and had to overshoot the last corner, I kept up the gap and finished 3rd.

F400 Final:
I felt I had the pace to get a top 4 finish but I got held up on the first lap I lost touch with the leading group and was unable to reel them in.

I started to make time up on the guys in front but got caught up with some back markers having a few near misses along the way. I ended up finishing the race in 6th place.

Im a bit disappointed due to the mechanical issues I had on Saturday but overall in was a very positive weekend. I proved to myself that the crash hasn’t affected my confidence or speed 🙂

Roll on Anglesey in 4 weeks!!”

Best of luck at Anglesey Ben, we look forward to the race report.