Over the last few years Opie Oils have been proud sponsors of FPW Racing and we are pleased to announce that with the help of our friends at Motul this will carry on for 2014. The team have returned from a successful test at Donington and taken delivery of Motul products. Looks like 2014 could be a good year for the team, take a look for yourself:

FPW Racing duo of Greg Greenwood and Milo Ward took to Donington Park in what can only be described as typical British weather. As both riders drove to the circuit is was clearly apparent that a day of wet testing was on the cards. Obviously not an ideal start to their 2014 season, especially as Donington is notoriously difficult in the wet conditions.

Greg was more than aware of what he was up against and once out on track in the first session he set about relearning the circuit and gradually building up to speed. This was a very gradual process as the conditions remained the same all morning. That said, Greg improved his times in every session and by the end of the day was a full six seconds faster than when he qualified in the Motostar championship in 2013 here at Donington. It was clear that this was a new Greg, buzzing with confidence and enjoying his riding like never before. 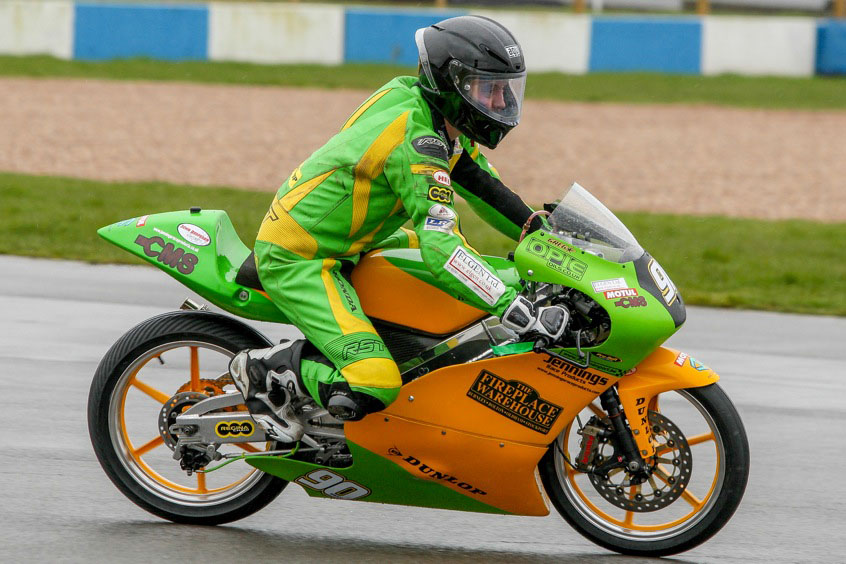 Greg Greenwood: “I’ve spent all of the winter preparing my bike for today so it was finally good to get out and enjoy the day like I did. Everything felt right today and while I started slow I never felt on the edge as I built up my speed. Knocking six seconds off my lap time wasn’t something I expected so I am over the moon with that. This is the best start to a season I’ve ever had and I can’ wait for Brands to come around”.

This week also saw the team take delivery and fit a new 2014 spec Geo Technology S.A. Moto3 engine. The company provides race ready Honda NSF250R engines to both world and national championship teams and for the past four seasons has built the 600cc Moto2 engine for the world championship. Geo Technology specified that the new engine provided has a 3 BHP increase in power over the 2013 engine and this is exactly what the team saw when we ran the bike on the team dyno this week. These are the upgraded (for 2014) version of the engine that Joe Francis to the title in 2013.

This week the team took delivery of their Motul Sponsorship package and what a delivery that was. Support for the team comes from both Motul UK and our long term sponsor Opie Oils. The season supply will see the team use Motul lubricants in both it’s Moto3 and 125GP machinery.

All of the Motul product line can be purchased from Opie Oils the UKs leading online distributor for both two and four wheels (www.opieoils.co.uk). 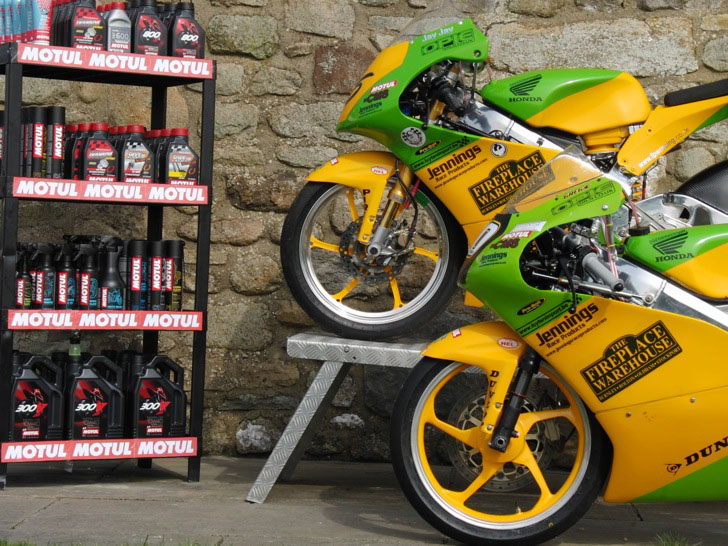 Adrian Mason: “The new engine did exactly what the team at Geo said it would do when we ran it up on the dyno. The peak power is so impressive but it’s the torque that’s the real eye opener. The rider has the same level of torque throughout the racing rev range and I can’t wait to see this out on track.

When all of the boxes arrived with the lubricants and cleaners it was quite humbling to see the level of support our five riders are getting. I cannot thank both Motul and Opie Oils enough for what they are doing. Interestingly we ran back to back tests on the Moto3 using a leading brand and our Motul 300V and we saw an improvement in power just as Richard Barrett had predicted. We are going into this season in a very strong position”.