This offer won’t be around for long – LIMITED TIME ONLY

It’s an offer we know a lot of you have been waiting for! 20% Off the very popular Millers Oils NANODRIVE CFS Engine Oils with voucher code NANODRIVE – Grades included and prices with the 20% OFF applied:

It’s also worth remembering that our free shipping threshold for UK Mainland orders is just £50, so it might be an idea to order a little more to get free shipping!

END_OF_DOCUMENT_TOKEN_TO_BE_REPLACED

Great news from our friends at Motul – They have become the new Title Sponsor of the WorldSBK for the next five years.  And it sounds like a new “WSBK by Motul” product will be available in the first quarter of next year!

How do we know this? Check out comments from Romain Grabowski, Motul Motorsport Manager below:

“We are really delighted to add WorldSBK to the list of motorcycling disciplines we support on a worldwide basis. As with the FIM ECW, WorldSBK teams will be able to use the Motul Factory Line range which is dedicated to racing and which benefits from knowledge gained from the major manufacturers’ use of experimental products in MotoGP. This 360° partnership includes the launch of a WSBK by Motul product which will be destined for fans of the championship, and we’ve also got a brand-new “Motul SBK Experience” concept which from 2016 will allow us to offer our customers a unique experience at each of the season’s 15 races. We can’t wait for this 2016 campaign to begin!”.

Check it all out for yourself and see the recent Press Release from Motul:

END_OF_DOCUMENT_TOKEN_TO_BE_REPLACED 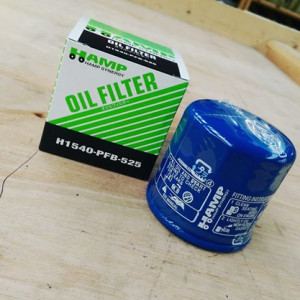 Nothing that exciting but as it’s one of Opie Oils best selling oil filters we thought we better let you know that the Hamp Synergy Oil Filter H1540-PFB-525 otherwise known simply as Hamp Shortie has changed colour from Green to Blue.

The Hamp filters are a popular choice for Honda owners as they fit all Honda engines apart from the NSX, Insight and diesels.

Any questions welcome, just give us a call or drop us an email and we will be happy to help.

END_OF_DOCUMENT_TOKEN_TO_BE_REPLACED

Clean and remove deposits form your petrol system for only £6

This highly concentrated cleaning agent has been developed in the labs of Millers Oils to clean and remove deposits from petrol fuel injection systems. By simply adding to the fuel tank before refuelling it can lower engine emissions, improve torque, power and poor throttle response!

We now have nearly 40 fuel treatments available, these are all in one section on our web site and prices start from just 4.78.

If you have any questions about this or anything else then give us a call on 01209 202949 or email sales@opieoils.co.uk.

END_OF_DOCUMENT_TOKEN_TO_BE_REPLACED

Competition time at Opie Oils! Get your entry in!

It’s real simple, visit our competition page answer the multiple choice question and complete some basic information and that’s it!

Oh, there are some terms and conditions to be aware of: